This is a pro-bono flyer I did to aid Puerto Rico following Hurricane Maria. The dance night was organized by “Atlanta’s deejay and friend,” DJ Dookie Platters. Here is how he explained it on his Instagram.

I noticed a few friends have set up donation drop-off points to gather goods for hurricane relief efforts and I thought I’d set up another way to help. Drop your donations off Friday night at @elmyrbar (right into my car our front) and l’ll drive them up Saturday morning to @buenprovechoatl in Marietta. They’ll be making arrangements to ship supplies where relief is needed.

On the various social media posts, we even included an accompanying image to clarify what to do, showing off Dookie’s sweet station wagon. Really though, the guy has a big heart. 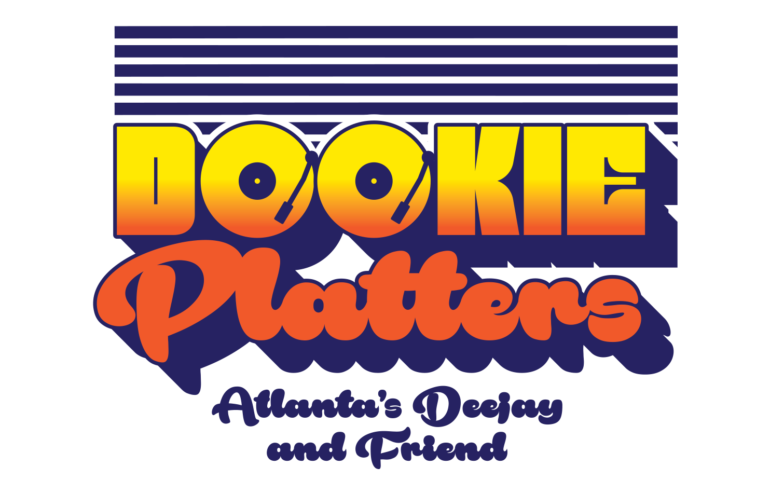 Dookie Platters is an Atlanta gem. He’s certainly one of the most hardworking DJs in the game right now. I’m sure you’ve seen him at one of your favorite bars, spinning classics and obscurities from his vast collection.

I think Dookie put it best.

From nightclubs and dive bars to festivals, fundraisers, and weddings, I’ve  done it all.  After serving as the master of ceremonies for  retired space-funk band  Noot d’ Noot, I’ve continued to spread the message of positive partying through great tunes and good times.

He wanted a logo that reflected his catalog. I designed the lettering to give a nod to the funky 60 and 70s. I also incorporated the 1980s using the decade’s fascination with horizontal lines and repetitive geometry. He seemed to desire an island aesthetic as well, so I introduced the warm colors.

Dookie was beyond pleased with his new logo and even produced limited edition t-shirts for sale on his website. 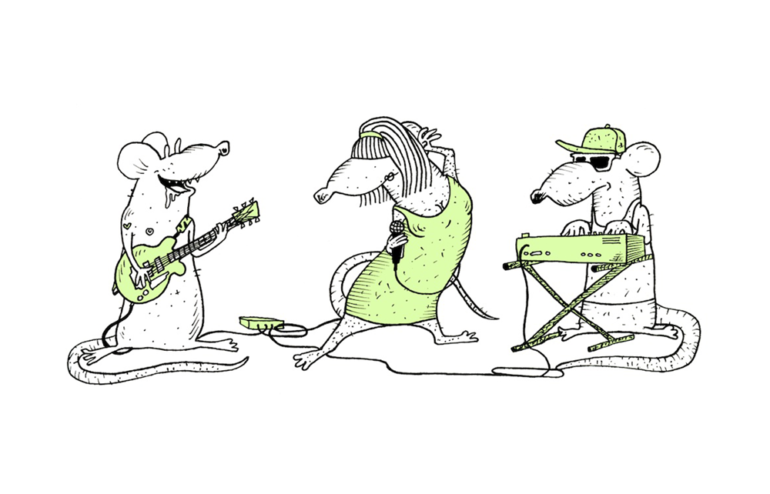